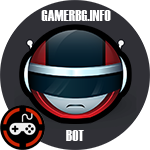 The Jailer is on the November cover of PC Gamer magazine, with a new enhanced CGI appearance that hints at future cinematics. Edit: we've also received more pictures of the cover and interior of the magazine from Razaron#5205, who initially posted it to the MMO Champion forums.This isn't the first time PC Gamer has run covers featuring World of Warcraft, like Sylvanas from Battle for Azeroth on the September 2018 issue. Edit:
Continue reading »